On October 19th, 2016, Ilva has been invited by the Hermanis Brauns Foundation to take part in the “Violinist Parade” dedicated to the 100th anniversary of Sir Yehudi Menuhin. The concert took place in the representative House of the Blackheads in Riga, Latvia. 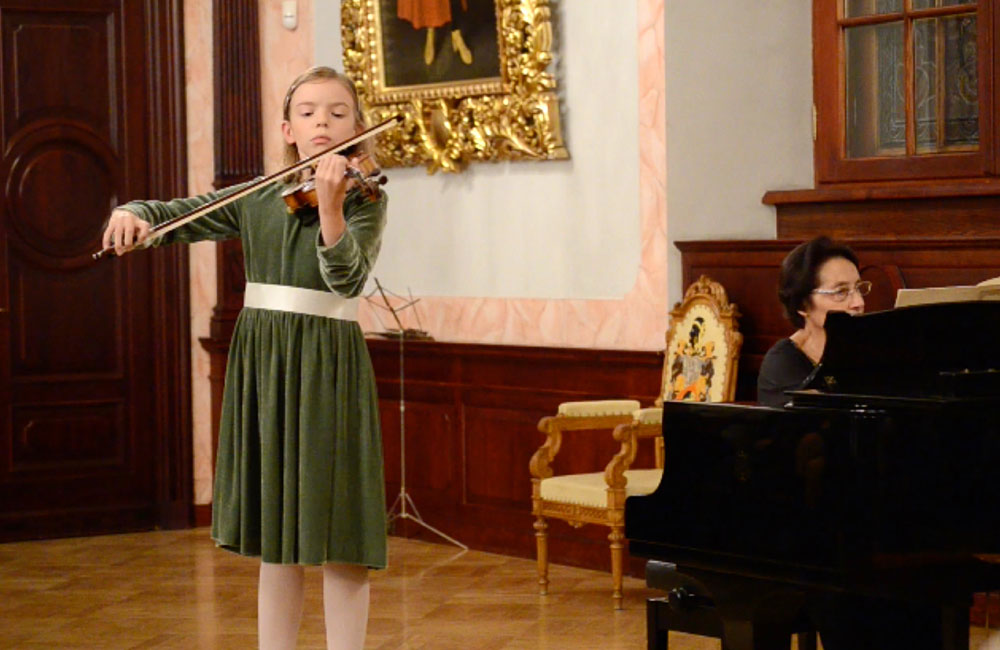 The concert participants included violinists and ensembles from different countries but having a connection to Latvia. Ilva Eigus, who is a double citizen of Switzerland and Latvia, successfully represented the Zakhar Bron School of Music by performing the Ballade and Polonaise by Vieuxtemps in this concert. The gala evening also hosted such reknown violinists as Elina Buksha (Belgium) and Sergey Dogadin (Russia).