The world’s most popular magazine for professional musicians reported on the performance of two young students of the Zakhar Bron School of Music at the 5th Trans-Siberian Art Festival. Our girls shared the stage with Vadim Repin and Alexander Buzlov at the world premiere of the Concert Grosso iGeneration. 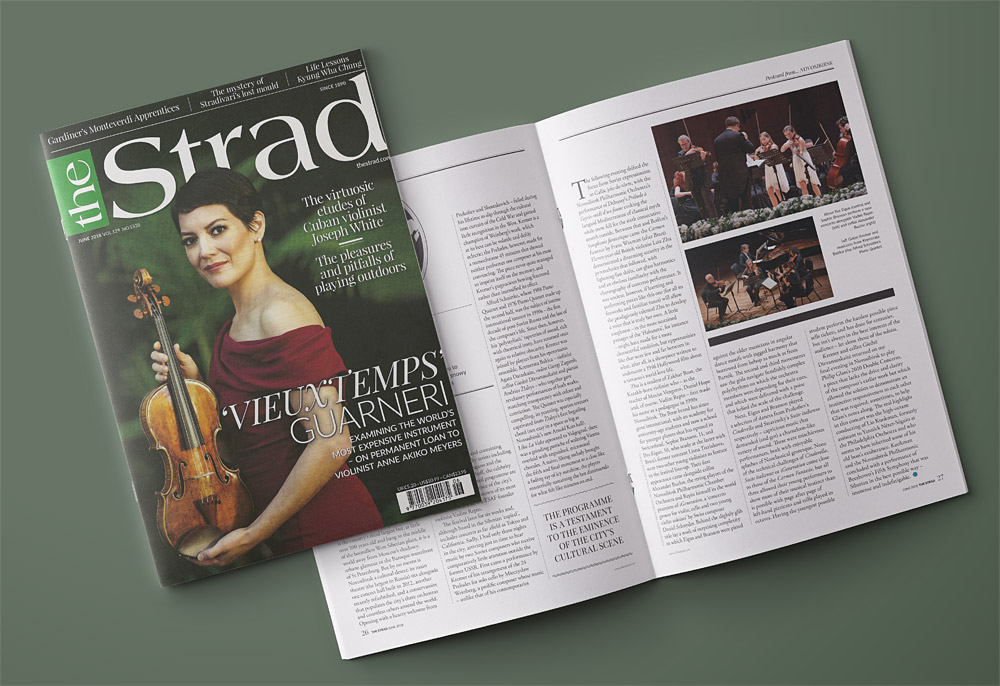 «The Strad» has been published since 1890 and is considered the leading publication for professional musicians worldwide. In his article «A blizzard of brilliance» in the June 2018 issue, the magazine’s music critic Tom Stewart reviewed the performance of two young students of the Zakhar Bron School of Music. Ilva Eigus (10) and Sophie Branson (11) participated as soloists in the world premiere of the Concerto Grosso iGeneration (composed by Daniel Schnyder, Switzerland) in the concert hall of the Novosibirsk Philharmonic orchestra. 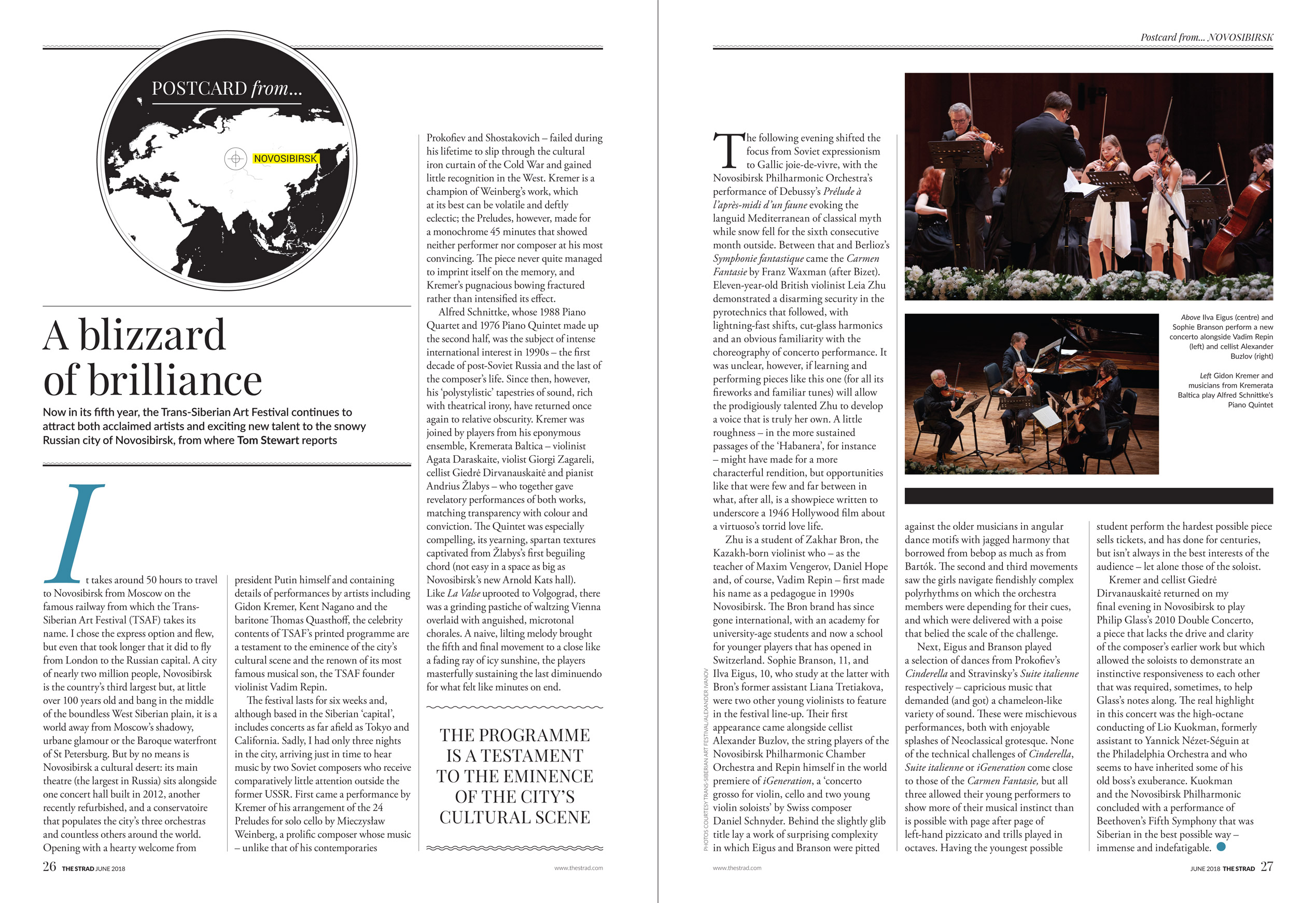 «Behind the slightly glib title, Stewart writes, lay a work of surprising complexity in which Eigus and Branson were pitted against the older musicians in angular dance motifs with jagged harmony that borrowed from bebop as much as from Bartók. The second and third movements saw the girls navigate fiendishly complex polyrhythms on which the orchestra members were depending for their cues, and which were delivered with a poise that belied the scale of the challenge.»

The world premiere of the Concerto Grosso iGeneration for violin, cello and two young soloists took place on 23 March in Novosibirsk. Sharing the stage with the famous violinist Vadim Repin and the renowned cellist Alexander Buzlov was a great challenge and an invaluable experience for the two young soloists from the Zakhar Bron School of Music (studio of Liana Tretiakova). The girls performed brilliantly, as «The Strad» review said.