From the 30th of July until the 8th of August, the Zakhar Bron School of Music was holding its second open violin Masterclass in Menton (Côte d'Azur, France) within the frame of the 68th Menton Music Festival. 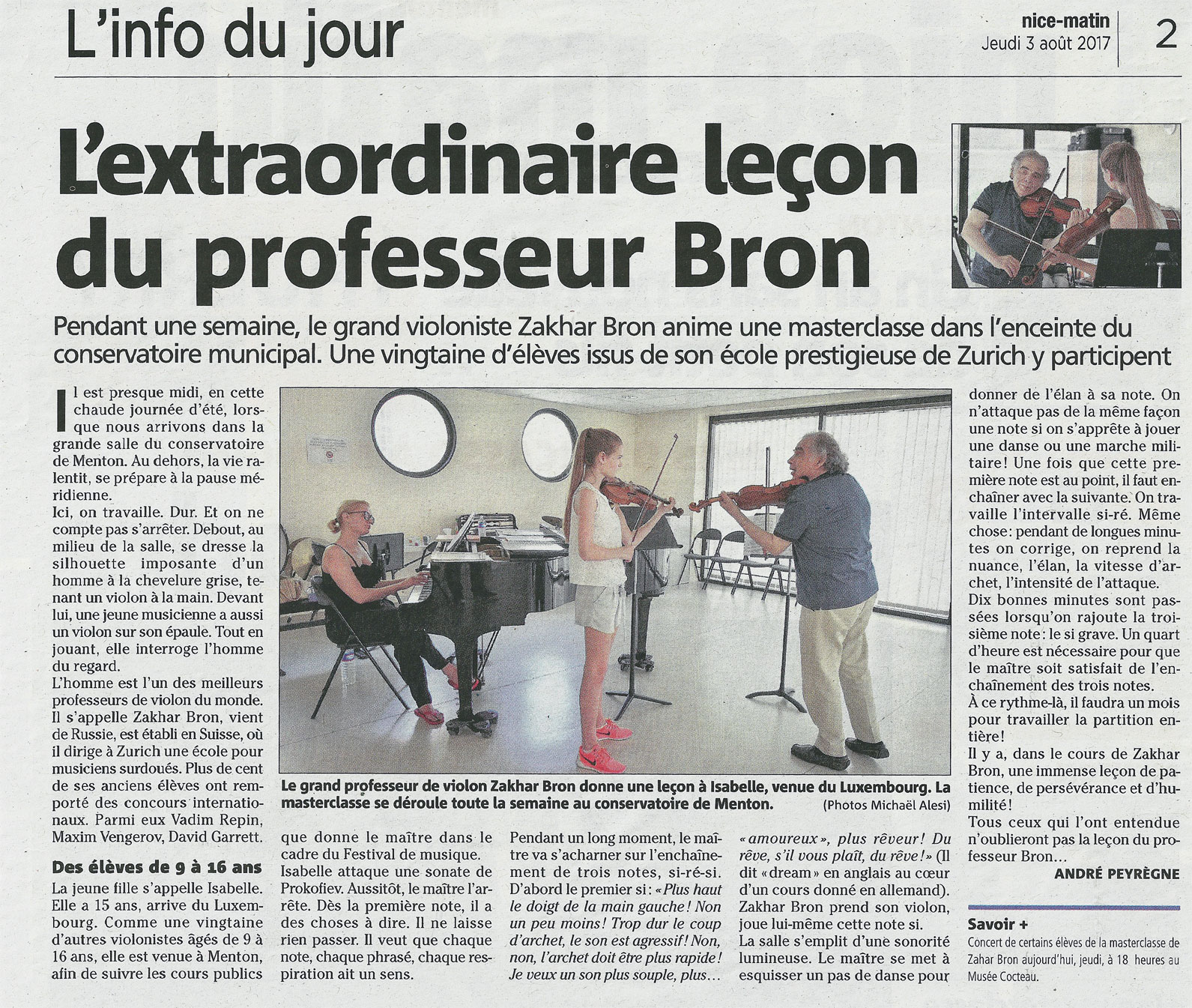 On top of the lessons with the Professors, 3 big concerts and 10 flash mobs (mini concerts in different parts of town) were organized by the Masterclass. One of these outdoor performances caught the attention of the French press and on the next day there appeared an article in the “Nice Matin” newspaper about a beautiful flash mob by the seaside and the Masterclass of the Zakhar Bron School of Music.

The joint recital of Maestro Zakhar Bron and the participants of the Masterclass at the Jean Cocteau Museum became one of the main events of the festival. More than two hundred inhabitants of Menton and guests of the beautiful town gathered to hear the famous violinist and his students: there were standing ovations, the audience demanded more and more encores and some people were leaving with tears in the eyes, so moved they were by such brilliant and emotional violin playing.

The atmosphere of the Masterclass was warm, friendly, almost homely atmosphere. Upon graduation all participants received personalized certificates with the signatures of all four teachers: Professors Zakhar Bron, Sergei Ostrovsky, Tatiana Samouil and Liana Tretiakova.

In these ten warm summer days the level of each participant made a huge development, since every student received a series of lessons with the best pedagogues. 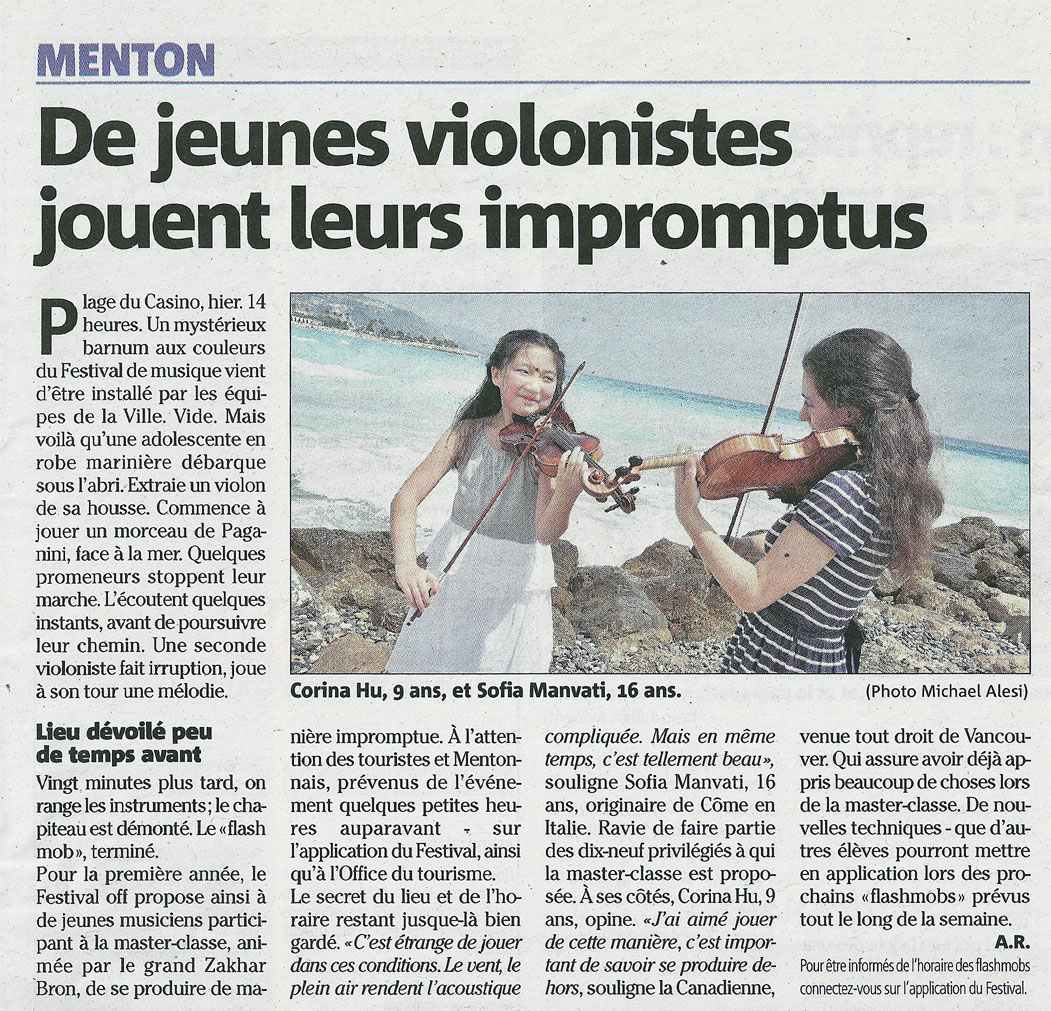