The first Masterclass of the Zakhar Bron School of Music took place from the 5th to 10th of August within the frame of the 67th edition of the famous Music Festival of Menton – a gem town on the Côte d'Azur. 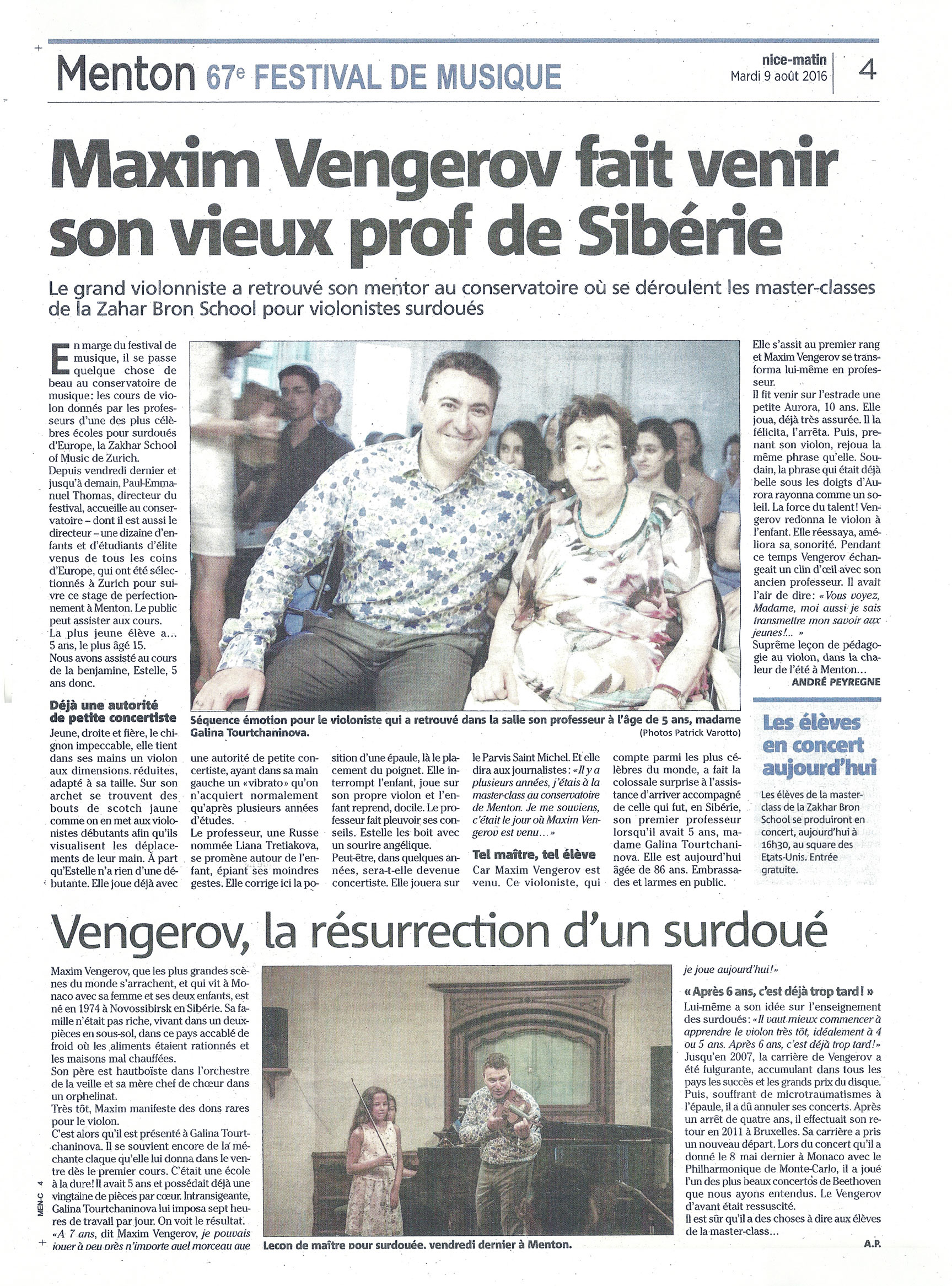 Our guest professors Sergei Ostrovsky (Switzerland-Israel) and Alexandra Soumm (France) are among the celebrated violinists of our days. The Masterclass was opened by the close friend of our School, Maxim Vengerov, one of the most famous violinists in the world.

During the five days of the Masterclass its participants could absorb the unique knowledge of the violin playing and get inspired by the amazing performances of our Professors.

Moreover, during these summer days the young violinists presented three concerts alongside Sergei Ostrovsky and Alexandra Soumm. For the children it was a unique experience of sharing the stage with the masters.

Among the performed pieces were double concertos by Bach and Vivaldi, Preludes by Shostakovich, pieces by Wieniawski and Rachmaninov and also jazz duets by Igor Frolov.

– It took us more than a year to prepare this Masterclass, – says Liana Tretyakova, the principal of the Zakhar Bron School. – It was a truly unique event for all of us: for the teachers, and especially for the children and their parents! Unique not only due to the learning opportunities, but also because of chance to relax: the children swam in the sea, enjoyed the sun, and in the evenings listened to the fantastic concerts under the open sky at the St. Michel square.

The organizers of the Menton Music Festival were impressed by the Masterclass and offered to hold it again next year, in a more extended format.

P.S. The Administration of the Zakhar Bron School of Music would like to express its deep gratitude to Marco Fumasoli for his invaluable help in organizing the Masterclass.