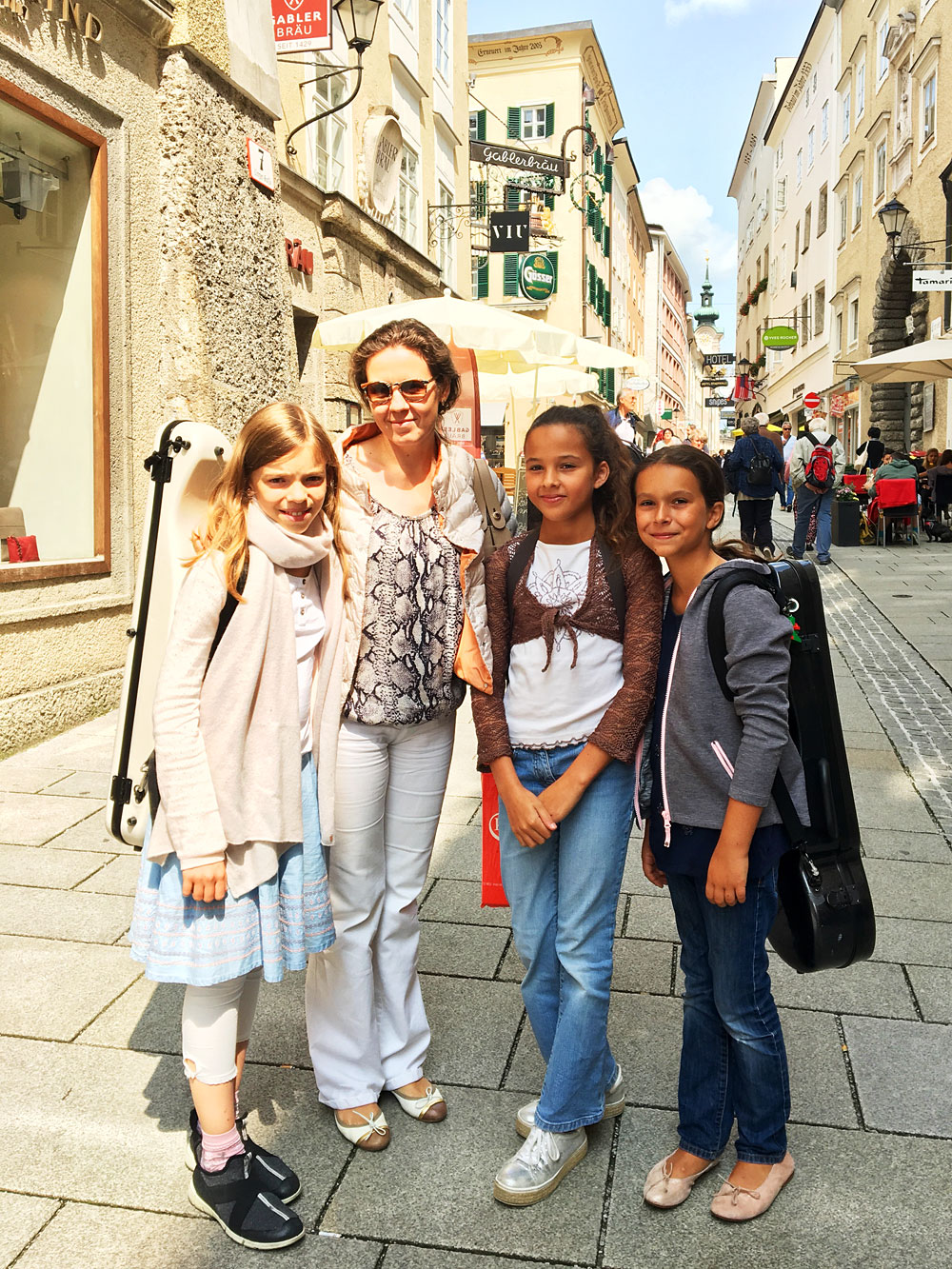 The International Summer Academy in Salzburg, hometown of Mozart, was founded more than a hundred years ago, in 1916. This is one of the most prestigious and sought after international events in the musical world: every year for the studio of each Professor there are more than 100 applications. Only 25 students are chosen and invited to Salzburg. During the six weeks of the Academy they have a unique opportunity to study with the most famous pedagogues of our time.

In the course of one week each of the girls received three lessons from the famous Professor, who raised such outstanding violinists as Vadim Repin, Maxim Vengerov, Daniel Hope and Daishin Kashimoto. Among the other participants of the Masterclass were Lea Zhu, Paloma So and Sophia Leifer, young but already world famous violinists who have won some of the most prestigious international violin competitions.

Our young soloists performed at the famous Mozarteum at the closing concert of the Masterclass. Ilva Eigus performed the first movement of the Mozart Concerto in B-major and Sophie Branson played Sarabande from the D-minor Partita by Bach. The honor of performing in this concert was given only to the best participants of the Masterclass and we are happy that our young violinists were among them!